Sue Pearson has been a professional journalist for more than forty years reporting and anchoring the news for network affiliates in Northern California and producing nationally distributed documentaries for PBS. She wrote magazine articles for national publications such as Guideposts, contributed to anthologies on a variety of topics, and penned a novel based on the true story of America’s all-female militia during the Civil War. Along the way she picked up three Emmy awards for her work.

She has been a devoted Course student for nearly a decade. It has been her heartfelt desire to put her writing skills to work promoting experiences that underscore the truth presented in A Course in Miracles. 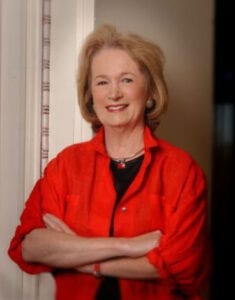 Nancy Pickard is a reformed mystery writer who has retired from the job of killing people. She finally decided that since life on Earth is fiction anyway, why compound the error by piling more illusion onto it? After 18 novels and dozens of short stories with victims and villains, she prefers to write and edit true stories in which love abounds, everybody’s innocent, no one’s to blame, and there’s always a happy ending. The Story Project came along at just the right time to give her a chance to do that.

While she was still writing fiction, Nancy won nearly every award given to mystery writers, and topped it off with a Lifetime Achievement Award. One of her novels has been made into a feature film; another awaits production for a TV series in South Korea.

She lives in Charleston, S.C., where she is active in an ACIM study group and in a healing circle dedicated to Course principles.

SHARE
DONATE
Your support is critical to achieving our mission of sharing the Course with students across the globe.
GIVE TODAY